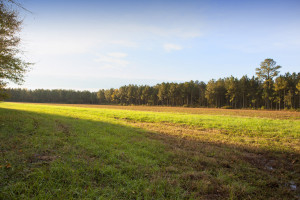 The southern regions of the United States are currently experiencing major population growth and expansion. For the most part, the major metropolises of the region have seen the most growth and development. However, North Carolina has also benefited from the boom. In 2013, on a Forbes list of the Fastest-Growing Cities Since the Recession, four North Carolina cities made the top of list with Charlotte coming in at 4th, while Raleigh was ranked 12th on the list. The other smaller North Carolina cities that received rankings were Greensboro, ranked at 9th, and Durham, ranked at 14th. These fast growing cities mean that there will be a greater demand for residential housing, local food and farming, utilities and other necessities that North Carolina rural landowners can benefit from.

In 2007, North Carolina became the first southern state to adopt standards for renewable energy and efficiency. North Carolina rural counties are seeing the greatest investments in renewable energy with counties like Catawba, Davidson, Duplin, Person, Robeson, and Wayne Counties receiving the largest investments. Roughly 60 of the state’s 150 utility-scale solar facilities are located in these counties. For landowners and farmers that are willing to lease land to solar facilities, leasing can mean big returns.

Land Is a Low-Competition, Hands-Off Investment

If you are not interested in owning land for the purposes of developing it, owning land in North Carolina might be the right opportunity for you. When you own land, there is no maintenance required in comparison to the myriad of issues that building owners have to deal with. You’ll never have to worry about rehabbing the property or dealing with banks and mortgage companies. In addition, the process of buying land is a fairly low-competition activity when you compare it to the fierce bidding wars that often take place for residential and commercial properties.

Our local North Carolina real estate agents can help you to find vacant land and farm land in North Carolina. Legacy Farms and Ranches is a premier marketing agency for North Carolina rural investment property. Contact Gardner Reynolds or Frank Gombatz for help with your real estate needs today at (919) 749­-3177 or (919)-785-4249.