April 22, 2022 will mark the 52nd anniversary of the very first Earth Day, a day each year that reminds us of the fragility of our environment and our responsibility to do what we can to protect it.

The Origins of Earth Day 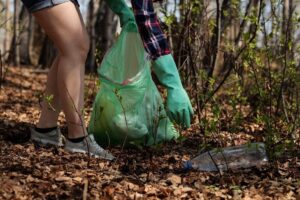 For decades prior to 1970, when Earth Day was first observed, care of the environment was a relatively foreign concept, as factories polluted the air through the burning of fossil fuels, the dumping of chemicals and other contaminants – industrial waste – into lakes, rivers and streams, and the manufacturing of CO2-producing automobiles. A lack of environmental rules between the end of World War II and 1970, a period of heavy industrialization, meant that for decades, industry was literally able to function as it pleased without consideration of the environment.

In 1963, Rachel Carson’s best-selling book, Silent Spring, highlighted the effects of pesticides on humans, birds, animals and bees. Not only did the book shine a spotlight on DDT – a chemical that was widely being used to control insects for agricultural purposes – but it focused on the critical relationship between humans and the planet, and the responsibility mankind has in terms of ensuring Earth’s health and survival. The book and its author were initially attacked as being irrational and alarmist, especially by the chemical industry, but it also served to open the world’s eyes as to the many ways in which our actions and our neglect were harming the environment.

The purpose of the Clean Air Act of 1970 was – and still is – to allow the EPA to regulate emissions into the air from both stationary and mobile sources, such as automobiles. It also encourages states to comply with clean air standards by forcing them to develop their own individual plans for achieving better air quality.

The Clean Water Act of 1972 established restrictions on the pollutants that are sometimes released into our rivers, lakes and oceans. The Clean Water Act made it illegal for any entity to discharge pollution into a water source from a ditch, pipe or other manmade source without having a permit to do so.

Following the landmark Bald Eagle Protection Act of 1940, the Endangered Species Act that was signed into law in 1973 went a step further in the protection of wildlife by calling out two different classes of animal and plant species: threatened – those that will likely to be in danger of extinction at some future point – and endangered, or those that are currently close to being extinct.  This law was created to ensure that federal agencies don’t allow activities that are likely to threaten the existence of any species by harming their habitats.

How We Can Help 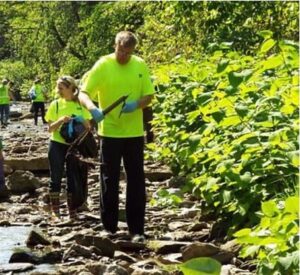 Today, over 175 nations celebrate Earth Day. In the United States, volunteer opportunities in many of our communities and national parks call attention to the care of our environment, not only on Earth Day but throughout the year.

In Raleigh, for instance, Earth Day 2022 will be celebrated with food trucks, games, environmentally friendly activities and more at Dix Park’s Flowers Field, followed by a ribbon-cutting ceremony for a new electric bus and an outdoor movie focused on nature and the environment.

Through Raleigh’s “Adopt a Stream” program, volunteers choose a specific section of a stream or river to clean up – removing trash, of course, but also contaminants and other sources of pollution like oil or bacteria – twice a year for a 3-year period. Over those two years, data is collected for use by the city’s Stormwater Management team.

In Mecklenburg County, too, the 3,000 volunteers of Charlotte’s “Adopt a Stream Program” remove an average of 30 tons of garbage annually along some 3,000 miles of streams: trash that ends up in waterways from littering or as a result of water run-off from storm drainage systems. Volunteers commit to cleaning up their assigned areas twice a year for two years.

Along the shoreline, volunteers with the North Carolina Coastal Federation work in areas such as oyster habitat protection and oyster shell recycling, marsh restoration, and the planting of ‘rain gardens’ – areas of native vegetation whose job it is to absorb the run-off of rainwater from roofs, sidewalks and parking lots, and to filter out its pollutants before the water enters a storm drainage system.