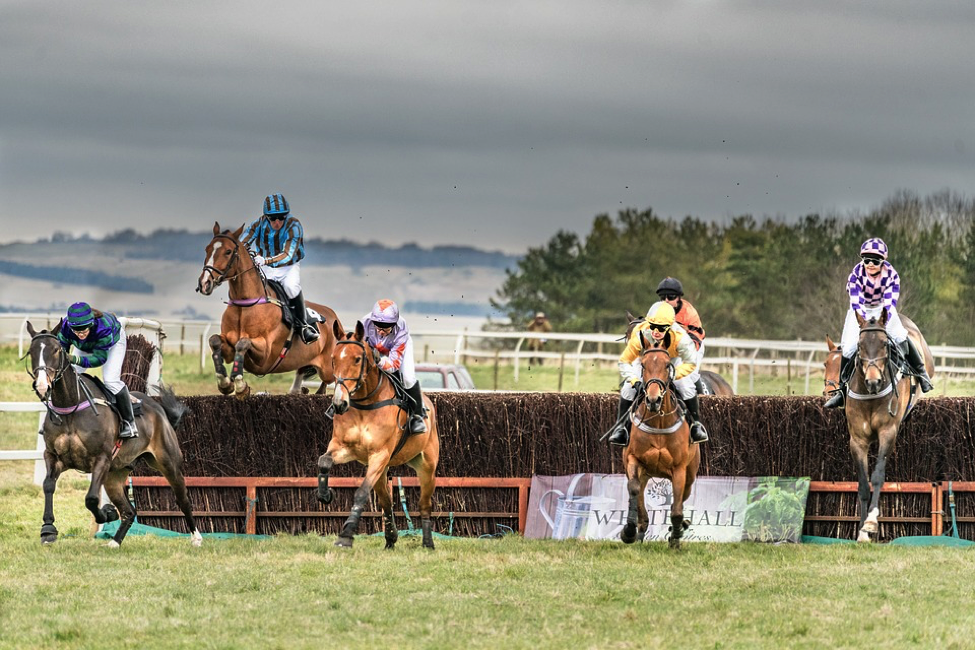 Picture the exhilaration of a traditional horse race combined with the allure of a field of horses and their riders skillfully negotiating a series of course obstacles, and you’ve got steeplechase horse racing. The name may not be familiar to all, but steeplechase, or “jump racing,” is one of the most exciting equestrian competitions in the world – and North Carolina – today.

Widely believed to have developed out of the ancient pastime of fox hunting, the international sport of steeplechase originated in Ireland over 250 years ago, with the first recorded race occurring in County Cork in 1752. At that time, each town’s church was typically used as an area landmark, and cross-country races between towns – between church steeples – developed as competitions of endurance and athletic ability. Participants taking part in these risky races won acclaim by jumping hedges, wading through water and skillfully maneuvering their way around various obstacles more quickly than any other riders, and onlookers began gambling on riders or horses they felt were particularly skilled. By the early 1800s, as the sport gained in popularity, more organized races began taking place in England and Ireland, and in 1834 the first steeplechase was run in the United States, at the Washington Jockey Club in Washington, D.C.

Most steeplechase jockeys, even in the U.S., come from England or Ireland. Whereas the majority are male, some are female, and though most are professional athletes, some are amateur. A steeplechase jockey is typically taller and heavier than a jockey who races in traditional “flat” races, as most steeplechase horses are older, larger, more powerful, and more capable of carrying a heavier rider than horses running in flat races. Not surprisingly, jockeys who ride in one type of race – flat racing or steeplechase – do not normally ride in any other type of race.

In steeplechase racing, the jockey must wear a helmet and chest protector that meet the standards of the U.S. National Steeplechase Association. The colors of a jockey’s clothing are the registered colors of the horse’s trainer or owner, a tradition that most likely originated in medieval times, when jousters used specific colors or patterns as a form of identification and allegiance.

Due to the perilous nature of steeplechase horse racing, insurance premiums for steeplechase jockeys are some of the highest for professional athletes in the world. Some of the more common types of injuries sustained in training or in races themselves are broken bones, arthritis, paralysis, sprains, and concussion.

Thoroughbred horses – mostly geldings (castrated horses) – that run steeplechase are trained to jump hurdles and negotiate around water obstacles at high rates of speed. Most horses, though not all, are older, more 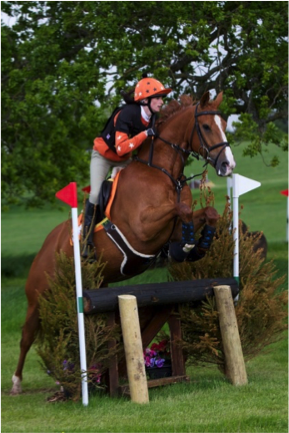 experienced, and have raced on the flat in the past but have graduated on to steeplechase, which requires a greater skill and higher level of endurance than flat racing. Most are trained on the East Coast of the United States, between Pennsylvania to the North and South Carolina to the south, which allows them plenty of rural countryside and mild weather in which to spend time outdoors training and developing.

A novice horse in steeplechase racing is one that is still developing the skills that will allow him to run in professional races down the road. Some events specifically run only novice horses, and other races prohibit novices because of their lack of experience.

Steeplechase courses have pre-determined routes and distances – usually somewhere between 2 and 4 miles – with grass or turf surfaces and various types of fence and ditch obstacles: water jumps, timber rails (wooden posts and rails) and brush fences, for instance. In the U.S., most obstacles, popularly known by the term “National Fences,” consist of a steel frame stuffed with plastic “brush” and a foam-rubber roll covered with green canvas, on the near side of the jump. These official National Fences are shipped from race to race ahead of time so that they are standard, race to race. No matter what part of the world the race is run or what type of obstacles are placed on the route, however, the same obstacles are used for all racers in any particular race.

Late springtime in North Carolina is traditionally the time when most equestrian racing starts taking place in our state, starting off with the running of the Tryon Block House Races in rural Columbus, North Carolina – this year, on April 13th. The neighboring community of Tryon is home to the world-renowned Tyron International Equestrian Center, a facility that offers training, cuisine, lodging, entertainment, and plenty of opportunities for overall family fun and activities year-round.

On the heels of the Block House Steeplechase, the acclaimed Queen’s Cup steeplechase races occur on the final Saturday of every April – on April 27th of 2019 – in the scenic Union County community of Mineral Springs. A sporting and social event attracting horse racing fans and curious visitors alike from across the Carolinas, the race involves some of the most skilled thoroughbreds in the nation, competing in races up to 3 miles in length and vying for purse money of up to $150,000. 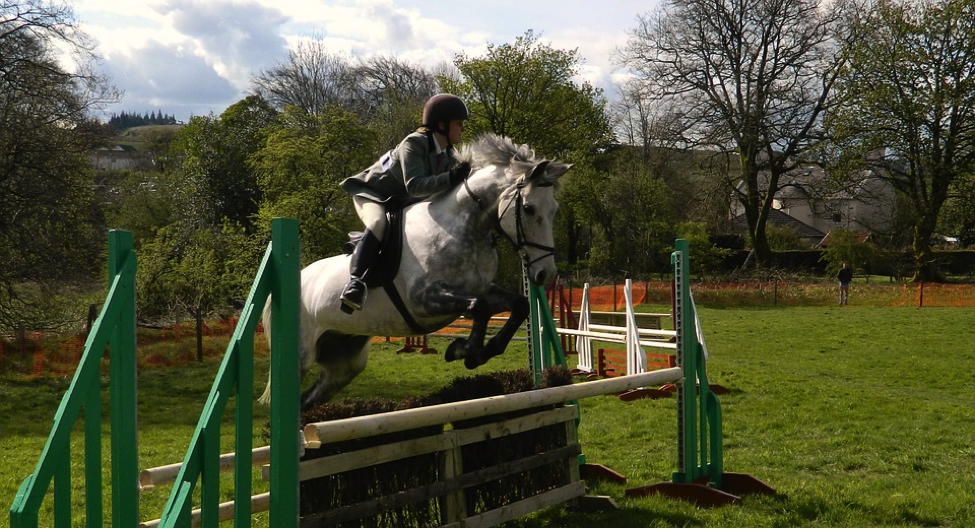 Steeplechase horse racing today is most popular in the U.K., France, Australia and the United States; in the U.S., most training and almost all racing occurs along the East Coast. Depending on location, some slight variations in race conditions do exist. For instance, in some nations – including the United States – competitors race alongside one another, while in others, horses are timed individually. The types of fencing and obstacles used also vary widely.

The most famous race worldwide as well as the one many consider to be the most challenging takes place in Liverpool, England – Aintree’s 180-year old Grand National Race. Around 40 Thoroughbreds race to the finish over 30 fences in this 4-mile competitive course with prize money of £1 million. According to some sources, the Grand National is the most watched TV sporting event in the world!

A complete list of U.S. steeplechase horse races can be found here – https://www.nationalsteeplechase.com/schedule/

To read more about the sport of steeplechase, visit any of the informative sites below –