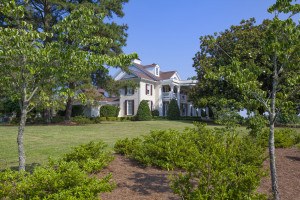 The views that every old Southern family’s ancestors somehow oversaw large acreage plantations with moss-draped live oaks lining wide driveways that led to Tara are in many ways a myth.  In fact, most Southern family-owned agricultural establishments were better defined as “farms,” not plantations.  The very few grand Southern Plantation homes that were built subsequently became targets of war, municipal overtaking, community neglect, fire or natural disaster.  Given the history of the South in general, it is surprising many of them survived. This statistical-scarcity is why many remaining plantation homes have become members of the National Registry of Historic Places.

Southern Plantation homes were generally not just a single home, but an entire compound of buildings, 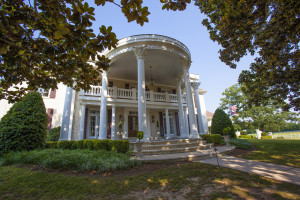 fields, roads, barns and wells.  Definitions vary by interpreter, but most historians agree that large stately homes centered on thousands of acres of land which produced crops for sale were owned by “Planters” – an implication that these owners were there to “plant” not just crops but communities to be owned and taxed by the Crown.  “Farmers” were simply the European immigrants to the New World’s southern hinterlands who had set up crop production on much smaller acreage, with much more meager means – though still taxed. 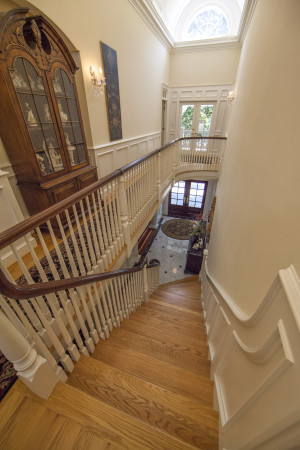 Southern Plantations are significant, not only as historical land marks, but also as examples of architecture.  Early grand estate homes in the Colonial States were built in very Elizabethan styles, often laid out in an H-pattern or with hall-and-parlor floor plans, with little ornamentation on the outside – such as Stratford Hall outside DC in Lerty, Virginia, completed in 1738.  Other homes especially in Louisiana were heavily influenced by Gothic revival or French colonial styles, such as the Destrehan plantation.  Later homes (after the 1830’s) were designed as Greek revival examples, such as the Millford Plantation in South Carolina or the Gainswood Plantation in Demopolis, Alabama.

In North Carolina, the Orton Plantation in Smithville, Brunswick County is a popular tourist destination for its gardens and family-owned chapel, though the home itself is kept private.  Built in 1735 and originally surrounded by rice fields, it is an outstanding example of Greek revival architecture.  Recently purchased by Louis Moore Bacon, a well-known hedge fund manager, conservation philanthropist and descendant of the original owner/builder Roger Moore, the home is undergoing significant and painstakingly-researched renovation, including the restoration of surrounding rice fields to bring production back to the plantation.  With its chapel, grounds, and location on the Cape Fear River, it is indeed a traveler’s destination location, worth a trot off the beaten path.

Also in North Carolina, the Magnolia House, located in Garner, NC, is a fine example of Colonial 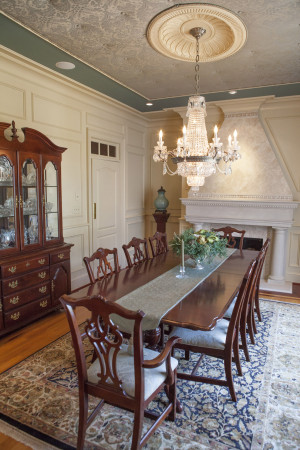 Farmhouse architecture.  The home remains with significant acreage in the path of urban sprawl.  Located on Cornwallis Road (named for the British General fighting to keep the Southern colonies eventually credited with “losing” them), the home is currently for sale.  Warrenton, North Carolina, parades many stately homes on its main street, homes considered by many to be more desirable than single Southern plantation homes simply for having borrow-a-cup-o-sugar neighbors.  Many southern plantation homes in this quaint town are part of the National Historic Registry. Owning or Selling a Plantation Home?