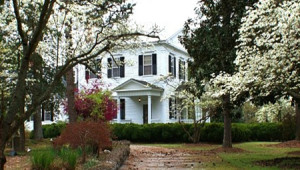 Warren County, known for its Lake Gaston recreation areas, is also home to many homes on the National Historic Register of Places.

Warren County was formed in 1779 and was named for Joseph Warren of Massachusetts, a physician and general in the American Revolutionary War who was killed at the Battle of Bunker Hill. Developed as tobacco and cotton plantations, the county generated considerable wealth in the antebellum years.  Its county seat of Warrenton became a center of commerce and was one of the wealthiest towns in the state from 1840 to 1860.  In 1881, parts of Warren County, Franklin County, and Granville County were combined to form Vance County.  At the 2000 census, there were 5,449 families residing in Warren County, giving it a population density of about 47 people per square mile.

The largest town in the county is Warrenton.  Warrenton harks back to a former era with wide main streets lined with old oaks and antebellum mansions.  90% of Warrenton’s buildings are listed in the National Register of Historic Places.  Today, everything from manufacturing to tourism to the North Carolina Film Industry find reasons to make Warren County home and headquarters.  Warren County also provides many opportunities for land and acreage on Lake Gaston.  Lake Gaston is a hydroelectric reservoir in this part of North Carolina.  Part of the lake is in North Carolina in the counties of Halifax, Northampton, and Warren, while Lake Gaston also covers parts of Mecklenburg and Brunswick counties in Virginia. More on Warren County: https://www.legacyfarmsandranchesnc.com/land-for-sale-in-warren-county-north-carolina

Some currently available properties and land for sale in Warren County, NC: