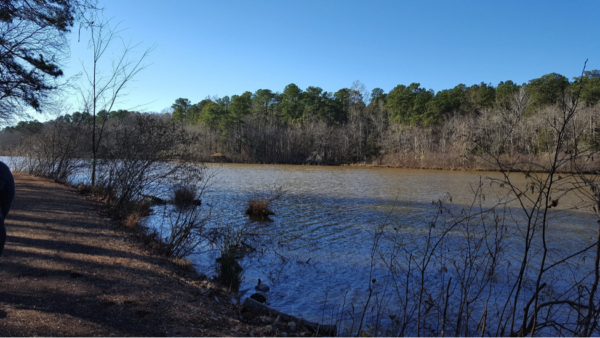 There’s no better way to let go of stress, calm your mind, get fit and stay healthier longer than getting outside and enjoying the incredible outdoor spaces of our beautiful state. North Carolina’s extensive system of walkways, bikeways and rural trails – more commonly known as greenways – is a recreational resource unlike any other.

What is a Greenway?

A greenway is a stretch of trail, usually passing through a scenic area – urban and/or rural – that is designated for recreational use and is usually environmentally protected. Old rail lines or disused public paths or even newly designed trails through neighborhoods and public areas provide walkers, bikers and sometimes horseback riders a place where the path is given priority as it crosses through streets and wooded areas and across roads and commercial areas.

The Physical and Mental Benefits of Outdoor Exercise

The tangible benefits of exercise – lower blood pressure, better circulation, weight loss, stronger bones and fewer aching joints, for instance – are very real, and being outdoors adds an element of interest that, for some, makes the experience even more enjoyable. Science, too, has shown that increased activity helps to increase both productivity and creativity. For older individuals, gardening, walking or doing group activities in an outdoor setting have shown to improve dexterity and brain function. And for kids, outdoor activity helps them develop motor skills, live a healthy lifestyle, learn in a less structured environment than a classroom, and appreciate nature

The goal of the North Carolina Trails System Act of 1973 was to develop and maintain a trail system – including greenways for hiking and biking trails, paddling routes and off-road vehicle trails – in conjunction with various agencies, environmental groups and citizens’ organizations. A Trails Committee advises on funding a trail system which will eventually have regional routes across the entire state. Maintenance of the six state trails outside the Division of Parks & Recreation is based on regional partnerships between landowners, local agencies, and nonprofit organizations.

The history of this incredible route began in 1904 as the New Hope Railroad was developed with the intention of connecting various sections of the region’s timberlands and agricultural areas where tobacco, cotton, corn and beans were farmed. In the 1920’s, when the American Tobacco company built a new plant in Durham, an extension was built to the facility; the move was so financially rewarding to the railroad that the route came to informally be called the American Tobacco Trail. During the Great Depression use of the railroad diminished, and when, in the ‘80s, Lake Jordan was developed, a section of the route had to be relocated.

Today the 22-mile long trail throughout Chatham, Durham and Wake Counties is a model greenway ideal for biking, horseback riding, and walking. Starting at the Durham Bulls Athletic Park in the North and extending southward to the New Hill-Olive Chapel Rd. area, in Apex, the asphalt and crushed stone surface provides a very walkable path through forest and other rural areas and wildlife – deer, owls, hawks, turtles and songbirds – is abundant. Horseback riding is allowed along the southern stretch only. 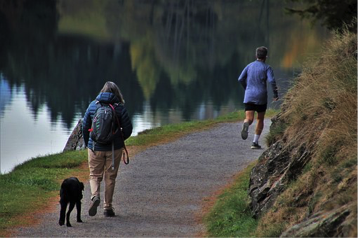 The magnificent East Coast Greenway, connecting 15 states and over 950 miles to date stretching all the way from Maine to Florida, is a walking and biking route broken down into 15 stretches, including the scenic North Carolina segment. Here the trail crosses through the Durham and Raleigh metro areas, along the Neuse River Trail and along 70 miles of a beautiful stretch of trail running through boardwalks and marshes. Upon completion, the East Coast Greenway will stretch 3,000 miles in total from Calais, Maine to Key West, Florida!

Raleigh’s 117-mile greenway system is a network of 30 intertwining trails connecting public parklands in and around the city. In the mid-70’s the official Capital City Greenway masterplan was introduced, and today walkers, bikers, fishermen and picnickers enjoy paths that are mostly paved with concrete, asphalt or crushed granite while certain sections are unpaved and more natural. In some areas boardwalks cross over broad marshy areas, and in one section a bridge has been constructed over the Neuse River. The trail also crosses through Meredith College, the NC State campus, and William B. Umstead State park.