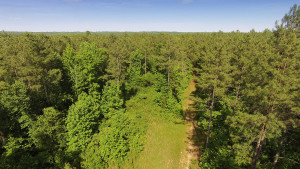 Drive along the country roads and you will spot them – those brown trees in the middle of a green forest and possible causes are Pine Beetles, Pine Wilt, The Drought, and Over Population of Trees. If you are lucky, it is just one or two trees. In some spots, it may be the entire face of a hill that is covered with dead trees. This is the face of Pine Wilt.

Pine boring beetles are one of the main reason that mature pines die. It is a nematode that the beetles carry that plugs up the resin channels which also moves water from roots to the top of the tree.

The War on the Beetle

Naturally, the reaction is to kill the beetle, but we are beginning to understand that the relationship between the pine tree and the beetle is millions of years old. The two organisms have been waging war for millennia. What many people do not understand is that the pine tree is very capable of defending itself from the beetle’s attacks.

So, why then are pines dying?

Pine trees use resin to push invading beetles out of their trunks. Trees use resin to keep their bark sealed so that they do not lose water to evaporation. When trees do not get enough water, the balance of power in the war between the tree and beetle shifts to the beetle’s favor and more trees begin to die.

One reason that trees are dying is that there are too many trees per acre and the available water table cannot support them all. In nature, a fire would keep the number of trees per acre at a reasonable level, but we humans put the fire out as soon as it starts. The result is that there are too many trees growing on lands, Add into this the occasional drought and the balance in the war between the pine and the beetle shifts even farther in favor of the beetle.

One solution is to use labor to replace the role that fire plays. Thinning trees and maintaining forests responsibly is key. The idea is that the balance between the tree and the beetle remains in the tree’s favor. The benefit to the landowner is healthier stands of trees that are not struggling for resources. Contact your local forester for a site analysis and land owners can visit and find their local forester on the North Carolina Forestry Association website here.

Pine Beetles, Pine Wilt, The Drought, and Over Population of Trees.