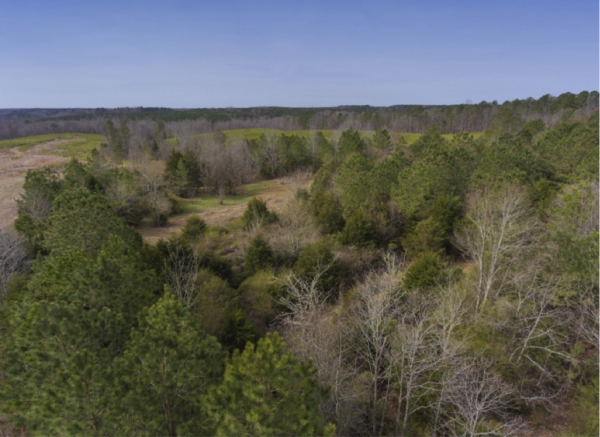 Life in unspoiled Warren County combines the charms of the past with an abundance of opportunities for year-round recreation and sports and a growing arts, entertainment and dining scene. The ideal climate and natural resources of the area are quintessential North Carolina, while history is impossible to ignore in the county’s many historical sites, structures and place names.

Situated along the North Carolina/Virginia state line in the northwest corner of the Piedmont region, this peaceful county is a combination of lovely small towns (Five Forks, Soul City, Nutbush and curiously-named Lickskillet, to name but a few), the townships in which they’re located (Fishing Creek, Nutbush, Six Pound, etc.) and, finally, the county’s three sole incorporated towns of Warrenton, Macon and Norlina. A stretch of beautiful Lake Gaston, prime area for picnicking, fishing, boating and hiking, cuts across the northeastern corner of the county while equally impressive Kerr Lake offers multiple camping areas and more than 800 miles of stunning natural shoreline at the county’s northeastern edge. A population of around 20,000 is spread out over 444 square miles that are almost entirely rural. Real estate for sale in this region includes land for raising livestock, agricultural land and, of course, single-family homes both rural and in the hubs of Norlina, Macon and Warrenton.

Taking a look at the history of the region provides an interesting snapshot into some of North Carolina’s most fascinating roots. Over 300 years ago, Native American tribes inhabited the area, trading with settlers in what is now Virginia and North Carolina along a route – the famed Norlina Trading Path, or Great Trading Path – stretching from what is now central North Carolina up into the Petersburg, Virginia area. Early settlers, including William Duke, had come to the area mainly interested in growing cotton and tobacco; several hot springs also helped attract aristocratic visitors from up and down the coast. Towns sprouted up during the Colonial period throughout the mid-1800’s along this well-traveled trading “highway,” serving Native Americans and early European settlers who bartered guns, gunpowder, jewelry, blankets, agricultural goods and furs. By 1860, Warren County was the most prosperous county in the state, and plantations here some of the largest in and around the region.

As a Confederate state, however, North Carolina struggled with the issue of slavery throughout the Civil War, and after the war the county’s economy began to suffer. Magnificent old mansions fell into disrepair, hot springs resorts closed and agricultural output dropped off. It wasn’t until the late 1800s, as textile industries expanded and agriculture slowly began thriving once again, that Warren County started to regain some of its pre-war prosperity. Today the county’s economy is based primarily on manufacturing, healthcare, insurance and agriculture.

The development of Warren’s County’s three incorporated towns – Warrenton, Macon and Norlina – is rooted in the area’s economic growth of the Colonial era and on into the 19th and 20th centuries.

Each April the town celebrates its SpringFest and 5K road race on the fourth Saturday of the month. Other fun yearly events include Fright Night and Harvest Market in October and the Christmas holiday parade early in December. The town’s Hayley-Haywood Park features a 9-hole disc golf course, walking trail and picnic tables.

Warren County schools are comprised of two elementary schools, one K-8, one middle school, three high schools and one non-denominational private school for grades 6 through 12. 110 churches are primarily Baptist but 17 different faiths are represented, including Methodist, Catholic and Presbyterian.

Macon’s small regional airfield, Nocarva Airport, is for private use only but the county is in close proximity to Wake County’s Raleigh-Durham International Airport (RDU). Roads are excellent and generally in good repair, providing quick access to major metropolitan areas in North Carolina, Virginia and the D.C. area: Raleigh, Charlotte, Richmond, Washington and Wilmington. Hundreds of miles of train tracks crisscross the region, providing valuable transportation for commercial freight purposes, and the closest Amtrak station is just 45 minutes away from the area, in Rocky Mount.