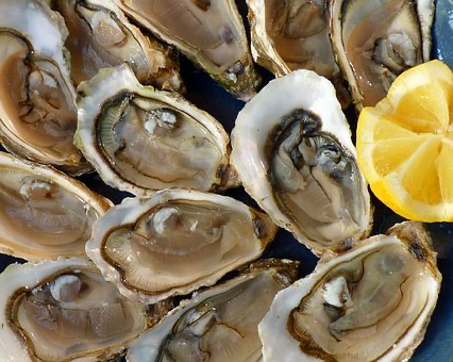 Welcome to the peak of oyster season in North Carolina, where the rich waters of the Outer Banks and northern coastline produce some of the most flavorful oysters in the world. Between October and March, when oysters are at their best in terms of flavor and texture, nothing can compare to the delicious experience of finding, harvesting and enjoying your own delicious oyster catch with family and friends on a chilly winter day.

Our state is the only one with two different types of oyster reefs along its coastline: intertidal reefs, found in salt marshes and estuary shorelines, and the deep water, subtidal reefs of Pamlico Sound. The majority of oysters in North Carolina from Cape Fear northward are found in subtidal waters, where water covers them consistently throughout low and high tides, but south of Cape Fear, most are intertidal, meaning they are found exposed between low and high tides.

Not only are oysters delicious, but the environmental and economic benefits that they provide are numerous. These benefits are often broken down into three categories – popularly known as “The Three F’s.”

Oyster reefs benefit the shoreline in other important ways as well. Not only do they create a natural breakwater system that prevents erosion during storms and strong tidal movements, but the economic benefits to an area of healthy oyster reefs can be substantial; fish and shellfish are all commercially valuable food products, and the harvesting of these species brings in millions to an economy the size of North Carolina.

Easy to Find, Easy to Harvest

Oyster harvesting is easy and fun, although planning for your oyster hunt should take into consideration the time of year (traditionally the best time of year to harvest is during the cooler winter months), weather (it’s best to wait at least three days after the most recent heavy rain, since soil runoff can sometimes hold pollutants and bacteria), and tidal schedules (the best time being during low tide, of course).

As for the actual harvesting, some people rake what is called an oyster dredge across the reef to gather the oysters, but other individuals simply use a hammer or similar sort of heavy tool to knock oysters off by hand. Keep your oysters cool (stored at a temperature of 45 degrees or below), moist – either under a clean wet towel or on ice – and in the shade until ready to consume.

Depending on the location, there are collection limits, but oysters collected must also be at least 3” long here in North Carolina so that a reef doesn’t become depleted too quickly through over-harvesting. Recreational harvesters do not need a shellfishing license and may collect oysters 24/7, but oysters must be taken for personal consumption and may not be sold. Commercial fishermen, on the other hand, are required to obtain a license to harvest oysters during the October-March oyster season and are ONLY allowed to harvest from sunup to sundown, Monday-Friday.

The most classic way of consuming an oyster, of course, is raw on the half-shell, with or without a bit of lemon or lime, pepper, or mignonette sauce (often just shallots, vinegar and pepper), but there is an enormous variety of other tasty ways in which to prepare and consumer your oysters, too….

As you can imagine, there is a wide variety of specialty products available for preparing and enjoying your oysters. Carolina Cooker – https://carolinacooker.com/products.php – offers a full range of cooking supplies – grills, stew pots, fryers, burners, and burlap bags – as well as a popular line of sauces, seasonings, and boils. Agri Supply’s “Carolina Cooker Steamer Kit” – https://www.agrisupply.com/carolina-cooker-steamer-kit/p/75540/ – is a great, high quality piece of equipment if you intend to steam or fry large quantities of oysters at a time. Carolina Shuckers’ (https://carolinashuckers.com) handmade oyster knives are not just useful tools but items of great beauty, too.