The concept of renewable energy has emerged as a viable business in recent years through innovative design and streamlined implementation processes of solar, wind and water power generation.  In some areas, renewable energy is a novelty, a diversion.  For many places, it is an absolute necessity. 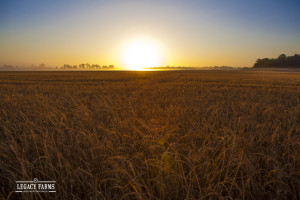 In North Carolina, renewable energy is an industry whose star is ascending.  More solar power generation capability exists today in our state than existed in the entire nation ten years ago.  Looking at maps of solar power generation centers across the USA, many exist in California, Arizona, Nevada, Texas and the Northeast.  Large expanses of vacant land are being converted to solar power farms.  What’s surprising to many is that teeny-little, still-regulated North Carolina is now the fourth largest solar power producing state in our nation.

Lots of moving parts come together for this engine, and legislation is a big part.  Introduced as NC House Bill 245, the Energy Freedom Act of 2015 includes a provider’s ability to produce up to 125% of its customer’s current power through alternative energy.  It means specifically that a third party solar power producer can come to a facility and land owner, create their private power generation system on site and sell that power relatively inexpensively to the facility.  None of the regulated power company’s normal tax and delivery obligation applies. Also in North Carolina, tax incentives help businesses in the renewable energy industry.  Some of the current tax incentives for renewable energy businesses are set to expire in 2016 unless they are reinstated.

Other legislation requires the state’s regulated power company, Duke Energy, to generate at least 12.5% of its retail sales through renewable means by 2021, and the local power company is well on the way to achieving this goal.  Duke’s current solar program comprises 25 sites in North Carolina, including homes, schools, businesses and more. Each site was selected based on the landowner’s interest in solar energy, the site’s proximity to the electrical grid and its solar potential.  Interconnection is absolutely crucial in making any solar farm a profitable one:  Duke has extensive online resources and checklists for generating power and connecting to its grid. The power company owns and maintains the solar components, as well as the electricity generated. In return, property owners receive annual rental fees for use of their roofs or land.

As a rule of thumb, it takes six to eight acres of these shiny, glassy panels collecting photons per megawatt of power produced.  The largest solar farm so far in North Carolina is 17.2 megawatts and sits on three main parcels of a 200 acre farm in Davidson County.  The largest solar farm in the United States currently is the Topaz Solar Farm in San Luis Obispo, California, and the largest in the world will be China and Pakistan’s Punjabi Desert power plant to be completed in 2017 and will potentially provide 1,000 megawatts of power. Total global photovoltaic growth reached 35% year-over-year in 2015 according to the Solar Energy Industries Association (SEIA) and GTM Research. Though there are 25 sites owned by Duke across our state, the largest solar farm is a joint project between it and SunEdison.  Sun Edison installs and owns the equipment and the power it generates, then sells all its production to Duke for distribution.  Suppliers can lease the land and even the equipment to reduce initial capital outlay. These leases can be quite lucrative for land owners, bringing $500 to $600 per acre in some cases, according to the North Carolina Clean Energy Technology Center.