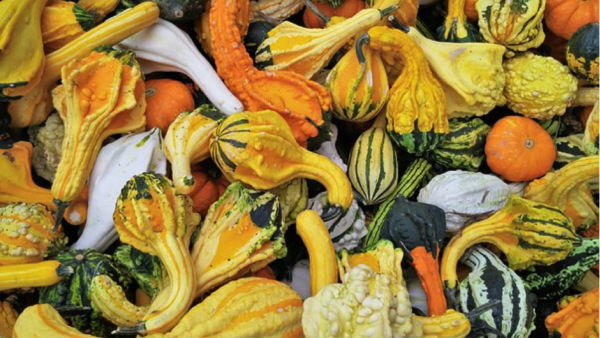 We’re fortunate to be living in one of the most pleasant states in our nation weather-wise, with over 200 sunny days per year, a daily average temperature almost 10 degrees higher than the national average, and overall warm, temperate winters. Not only does our mild Piedmont fall and winter weather mean extended time for outdoor activities – sports, biking, hiking and hunting, for instance – but it also allows us to continue growing things far beyond the season in which other parts of the country are gearing up for snow, ice and frost.

Fall isn’t the ideal time for many fruits and vegetables whose growing cycles are longer or earlier in the year, but there is a wide variety of vegetables whose shorter growing periods make them perfect for one last fall planting.

Many vegetables have a double growing season in North Carolina – they can be planted twice a year, and their growing seasons extended even further if they are protected from the cold weather, later in the fall, by using mulch, plastic, or burlap as insulation, or supports such as stakes or wire to keep them from touching the ground.

The best time to consider planting a fall crop, generally speaking, is in August or early September, while vegetables with particularly short growing cycles (turnips and leafy greens, for instance) can be planted far into the month of September. By then, if your fall planting is following a warm weather crop, plants from the prior growing season will be ready to be removed, and the ground weeded and tilled. Because the soil is dryer at the surface than it tends to be in the spring, whatever seeds you are planting – if growing from seed – will need to be planted more deeply into the ground. Since North Carolina summers can be so dry warm, a sort of crust may form at the top of the soil which may interfere with the seeds’ growth. Whenever the soil is too warm or dry to germinate seeds, experts recommend shading the soil, spreading a layer of mulch, or even applying a few inches of potting soil at the surface. Seeds will also need water in order to grow into seedlings and break through the surface – an inch or more of water per week until they have germinated.

Vegetables that are well suited for fall planting are generally able to tolerate a light frost and can be harvested much later into the year than other types of vegetables.

Herbs such as parsley, cilantro, basil, mint and thyme thrive in cooler temperatures and can be grown wherever there is space – even, conveniently, in pots. For areas with mild winters, such as ours, they will thrive.

Garlic is best planted in late fall, but before any hard freeze, which is when a garlic plant goes dormant until warmer spring temperatures allow it to start growing again. Easy to cultivate and hardy, it requires very little care throughout its yearlong growing cycle, though it will do best in fertile, well-drained soil.