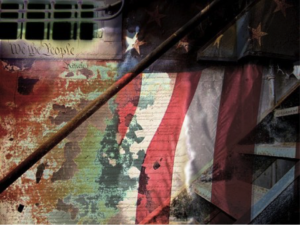 Few people are aware of North Carolina’s role in history as the American colonies contemplated dissolving the relationship between the 13 new territories and Great Britain in the late spring of 1776. It was on April 12th of that year that our state’s Provincial Congress was the first in the new colonies to authorize its delegates to vote for independence from the British Crown, paving the way for the Continental Congress to take further action toward seeking independence later that same year.

North Carolina’s Economy in the mid-1770s

Prior to 1776, the state of North Carolina – named in honor of Kings Charles I and Charles II of England – was a territory in which wealthy planters and merchants, the most powerful members of the colonial legislature, benefitted from strong ties with Great Britain. Manufactured goods imported from England were the basis of the North Carolina economy, and support of a firm relationship between Britain and this new state was strong until the time increasing taxation started putting a strain on that support.

Protesting Against British Authority: The Boston Tea Party of 1773

By 1773, anti-British sentiment in the new colonies was running strong, leading to the first major act of protest against British rule: the Boston Tea Party. 342 chests of British tea were ceremoniously dumped into Boston’s harbor, signaling an end to the silent acceptance of unfair taxes and regulations that England had begun imposing – the “taxation without representation” for which the incident is so famously known. Following this event and the subsequent closing of the port of Boston, leaders up and down the coast – including North Carolina’s rich tradespeople and farmers – began raising their own voices in protest. 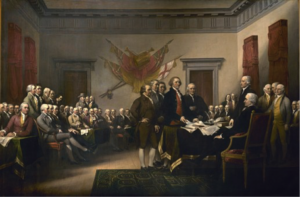 The First of the Revolutionary Battles: The Battle of Bunker Hill

By the time the Revolutionary War broke out in 1775 in Lexington and Concord, Massachusetts, word had spread of the violence and citizens from North to South were drawn to the area. The newly formed Continental Army, a militia made up of thousands of protestors, went on to fight the red-coated British army at the Battle of Bunker Hill in 1775. Although the American patriots were defeated, casualties among the British were extremely high – one more signal to Great Britain that colonists were no longer going to silently accept unfair taxes and regulations.

Early in 1776, the Battle of Moore’s Creek Bridge took place in North Carolina, which ended in the defeat of local loyalists – Americans who had remained loyal to the British Crown – and the effective end of British rule in the North Carolina colony. This resounding victory served to motivate colonists to further protest British rule, which led to the signing of what is known as the “Halifax Resolves” on April 12th. The first official act calling for an end to British rule, the entire delegation of 83 individuals unanimously signed the important document, which not only applied to the state’s own intentions of protesting British rule but also included recommendations aimed at all the colonies and their delegates meeting at Philadelphia’s Continental Congress. Virginia soon followed North Carolina’s example, issuing their own resolution on June 7th of 1776. 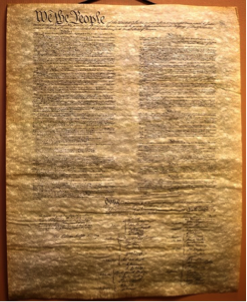 On July 4th, 1776, following a year of war and conflict and continued opposition between many loyalists and newly independent colonists, Philadelphia’s Second Continental Congress signed into adoption the Declaration of Independence, marking the nation’s final official statement of independence from Great Britain and the British King, George III. Despite ongoing battles with the British following the signing, it is this historic date that we, as Americans, celebrate as the birthdate of our nation.

Each year on April 12th, the Halifax Historic District celebrates the anniversary of the signing of the Halifax Reserves with a commemorative event – Halifax Day – at the town’s colonial courthouse on Market Street. All Americans, of course, go on to celebrate the signing of the nation’s Declaration of Independence just a few short months later, on July 4 of each year.