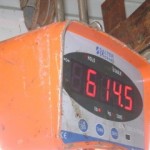 Ask any dedicated black bear hunter and he or she will tell you that NC hunting bear is the greatest challenge a large game hunter can experience. Imagine a walking mountain of fur, about 450 plus pounds for a mature male (or 200 pounds for a mature female), and you begin to get a picture of how exacting such hunts can be. Imagine further stalking such a giant, all fur, teeth and claws, and getting to within 20 yards of a superior specimen – one who is also aware of you, too – before you dare getting off a shot.

What bear hunters apparently like best is that thrill of danger, and the fight or flight mechanism pumping adrenalin through the body as the bear sees, and then stands up to challenge the hunter – or drops to all four feet to charge.

This is an incomparable moment, made more so by the fact that a bear is among the most intelligent, and most unpredictable, of large mammals. The only thing more unpredictable, and thus more dangerous, is a moose, especially in Alaska, where it is a protected species – a state that brings the moose into proximity with humans, even in cities.

The largest black bear ever taken in the United States was in Craven County, North Carolina, and it weighed in at 886 pounds. Runner up was northeastern Minnesota weighing in at 876 pounds. Bag something like that, and you can hang up your hunting hat for life. In fact, this particular trophy may be the reason why bear hunters consider North Carolina as a premier hunting opportunity. The state has a mild climate and a long warm season which provides lost of wild berries and bear-preferred foods. There are also a number of premium hunting tracts, one in particular in Jamesville, offered by Legacy Farms and Ranches of North Carolina, which offers media-rich advertising to real estate firms and brokers. See NC Bear Hunting tract for sale.

The 2012 bear hunting season in the state varies by location, with Nov. 10-17 and Dec. 10-22 in the northeast part of the state (Bertie, Currituck, Gates, Hertford and Perquimans).

Nov. 12-17 and Dec. 10-22 are the dates for hunting in the east central part of the state. For a list of counties, visit N. Carolina’s Wildlife Resources Commission. The southeast counties offer a Nov. 12 to Jan. 1 season, with Brunswick and Columbus counties’ season running from Dec. 3 to the 22. The northwest part of the state (i.e. Surry, Wilkes, etc.) offers bear hunting in two seasons, Oct. 15 to Nov. 17 and Dec. 10 to Jan. 1.

Geographically speaking, the 2011-2012 bear hunting season for the western portion is bounded by I-77 from Virginia to the intersection with I-40, continuing along I-40 West until the intersection of N.C. 18 and then N.C. 18 to South Carolina.

If a taxidermist is needed, Safari’s West Studio of North Carolina handle more bear mounts than most so contact them directly.