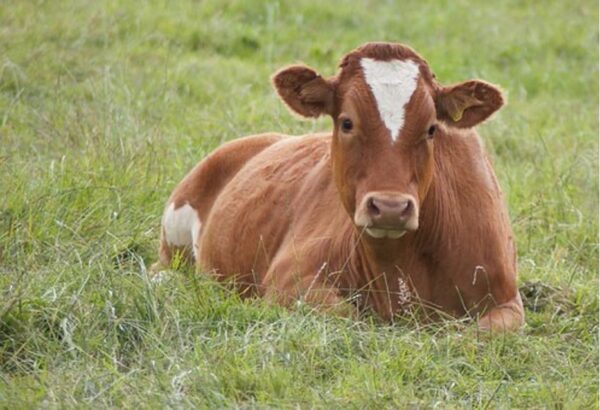 When it comes to weather events and seasonal weather patterns, Mother Nature, of course, provides plenty of clues as to what to expect. Over the centuries – the millennia, actually – man has learned to live life based on the observation of signs that the weather is shifting, including changes in the flora and fauna and elsewhere in the natural world around us.

The History of Weather Predicting

According to Weather.com, as early as 650 B.C. ancient Babylonians were starting to make weather predictions based on changes in the atmosphere and the observation of various weather and astrological events taking place in the skies above them. Three hundred years later, Aristotle created his own set of theories as to weather patterns when he wrote Meteorologica: a publication that was considered THE SOURCE of meteorological prediction for over two thousand years. The ancient Chinese even created a festival calendar based on 24 distinct types of weather, which was widely used – and is still used – to guide them in their farming activities.

By the end of the Renaissance, scientists had begun creating various tools to measure changes in the atmosphere, including the hygrometer (used to measure changes in humidity), the thermometer (used to measure temperature; created by Galileo), and, shortly thereafter, the barometer, which was used for measuring atmospheric pressure. As communications developed with the invention of the telegraph, weather stations started popping up worldwide and mapmakers began creating weather maps based on patterns of the winds and other atmospheric events. When the radiosonde – a device (still used today!) containing weather measuring tools and a radio transmitter, which is lifted up into the atmosphere via a helium-filled balloon – was developed in the 1920s, scientists were finally able to send data back to earth, where it was used to further develop weather maps and, later in the 20th century, computer models.

An animal’s senses – vibrations called infrasonics that are so low-pitched that humans cannot feel them – often allow them to predict changes in air or water pressure and weather patterns long before humans can. Animals’ hearing, in particular, enables them to sense even the slightest changes in wind, waves, earthquakes and other atmospheric disturbances. If a colony of ants senses a drop in air pressure, they often build up their mounds with steep sides to deflect the coming rain. Sharks retreat to deeper ocean waters as a storm approaches, as a form of self-protection. Frogs croak louder and longer as harsh weather nears, and sheep gather closely together in order to shelter as well as possible, in a group.

Cow Clues – Cows often group together and lie down prior to a rainstorm. People have different theories about why this happens, ranging from a cow’s desire to maintain a dry patch of ground as they feel rain approaching to the fact that a cow’s stomach reacts to a change in air pressure, and lying down on the ground may ease that pressure. Others assume it has something to do with the cooling of the atmosphere, and the ground, as rainclouds near, as cows tend to prefer lying on cooler soil or grass.

Insect Activity – Butterflies and bees have a tendency to disappear from sight when wet weather approaches. If you have a butterfly bush or other plants or flowers that tend to attract these insects, pay attention if all of a sudden not a bumblebee or a butterfly appears to be in sight.

Birdlife – Birds also typically shelter during a short bout of rain or snow; but if the bad weather is going to last for a bit, birds will often resort to searching for food regardless of the rain. Birds often stop chirping or singing as bad weather approaches, too. Due to changes in pressure, birds stay lower to the ground in cooler, wetter weather, roosting on fences or in the lower branches of trees. Seagulls resting on the sand, rather than soaring high in the air, are a good clue of severe weather approaching along the coast.

Animal behavior is also used to help us predict more longer-term weather patterns. Although there is little scientific basis for some of these beliefs, observations over time have shown us that squirrels often eat more, nest higher in trees, and become increasingly active gathering nuts with an impending harsher-than-usual winter. Folklore also tells us that the wider the band of rust on a woolly worm, or woolly bear caterpillar, the milder the winter will be overall. If, on the other hand, the two black ends are wider, winter weather is likely to be more severe.

Trees and other vegetation around us also act as weather forecasters, if we are just observant enough to spot these clues.

Flowers – Daisies, tulips, poppies and a few other flower species tend to close up with the approach of severe weather. Science tells us that the growth rate of these flowers increases as temperatures drop, forcing the petals closed. Flowers closing up is also nature’s way of protecting the pollen within. Many believe, too, that flowers are more strongly scented in an area of low pressure.

Pine Trees – Although there is no basis in the belief that there are actually more pine cones on trees as a harsh winter approaches, pine cones themselves do react to shifts in atmospheric pressure by closing up tightly with rising humidity and opening up with dryer air and higher pressure.

Deciduous Trees – As the atmosphere becomes more humid, stems attached to the leaves on a deciduous tree soften, causing the leaves to shift or twirl more in the wind and even turn upside down. When you see the underside of the leaves of an oak, maple or poplar, it’s often a sign of imminent bad weather.

Mushrooms – As the atmosphere becomes more humid, the growth of mushrooms, moss and other ground growth such as lichen also increases.

Other Clues in Nature

There are many other signs of impending good or bad weather, whether short or long term, if we just open our eyes and learn to be more observant of the natural signs around us.

Lunar Clues – A slight halo around the moon is caused by ice crystals in high clouds which reflect the moonlight. A very clear nighttime sky, too, caused by dry low pressure, is an indicator of cooler temperatures. When the atmosphere is free of clouds and other weather-related particles, there is nothing to keep the earth’s heat close to the ground, and so it is lost into the atmosphere when it is very clear.

Dew – In a very clear and dry atmosphere, there will be dew on the grass in the morning as surface heat is lost in the atmosphere high above the earth and the temperature drops to the dew point. In an area of low pressure, where clouds tend to hold whatever ground heat has built up during the day close to the surface, there is little to no dew.