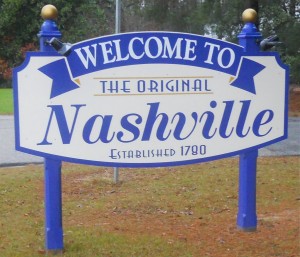 About Nash County NC Land For Sale, History and Geographical Information: Nash County NC today is known for its central location for highway passengers between New England and Florida.  Because Nash County ‘s topography is relatively flat with a few rolling hills, it became the perfect location for farming and agricultural pursuits in the late 1700’s.  Towns in its borders include Bailey, Castalia, Dortches, Middlesex, Red Oak, Spring Hope & Whitakers.   The county itself and Nashville, the county seat, were both named for General Francis Nash, a soldier who was mortally wounded while fighting under Washington during the American Revolution.

Rocky Mount is the largest city in Nash County NC.  It is the crossroads for I-95 and I-40, making travel to and from Rocky Mount strategically simple.  The Tar River flows through Nash County and Rocky Mount, and a seven-mile park path for bikers and pedestrians lines the banks for all to enjoy.

Nash County NC – Colorful History: If you’re interested in walking trails, don’t miss the Historic Tarboro walking trail, a tour of 45 blocks of antebellum homes and historic places of interest dating from Revolutionary War times.  The Nash County Historic Society has many records accessible online for history buffs, including a little-known fact about its town of Spring Hope.  The beginning of Spring Hope was not where the town of Spring Hope is today. It used to be where old Spring Hope is. Early in the town’s life, there was a house in the area that was used as a resting place for travelers on horseback. The legend is that they named it Spring Hope because there was a small fresh-water spring they hoped would never run dry.  When the railroad was built, the “new” town sprung up about 1 or 2 miles northeast of the old town.

Today, new neighborhoods, modern and well-managed facilities for its residents, plenty of  historic places and cultural draws create superb relocation opportunities for those retiring or investing in land for sale in Nash County.

An error occurred while parsing your RSS feed. Check that it's a valid XML file.