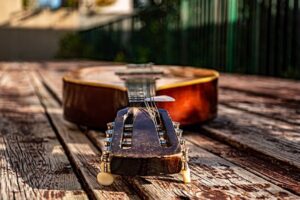 The spectacular 2022 IBMA World of Bluegrass Festival will take place in downtown Raleigh on Friday, September 30 and Saturday, October 1 as an in-person experience for the second year since the pandemic. With streets blocked off, an art market (Artsplosure) representing artisans from around the U.S., dance tent, beer garden, workshops, barbeque cook-off, food and beverage street vendors and activities including a 2-day exhibition of industry products, the festival will welcome as many as 200,000 attendees – potentially double the number who participated in 2021. A highlight of the 2022 IBMA calendar, the festival is a must-see event for Raleigh residents and bluegrass enthusiasts from across the globe.

As the largest urban bluegrass festival in the world, the event will feature ticketed and free performances by award-winning musicians – both bluegrass icons and talented, 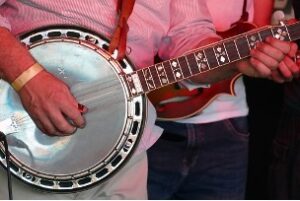 up-and-coming artists. Performances at the weekend mega musical event, which will take place at the Red Hat Amphitheater, Duke Energy Center for the Performing Arts, Raleigh Convention Center and multiple other stages throughout downtown Raleigh, will start at 5 pm each afternoon and run for six hours into the evening.  A portion of the proceeds from each lineup will go to back the non-profit International Bluegrass Music Association (IBMA), whose goal it is to promote bluegrass music by connecting bluegrass professionals and enthusiasts, and by supporting creativity within the bluegrass music community. 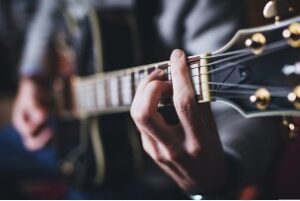 This year, the festival – celebrating its 10th anniversary in the Raleigh area – promises to entertain crowds with some of the largest names in the bluegrass industry following several other notable industry events taking place earlier in the week including the IBMA 2022 Business Conference, Bluegrass Ramble, and IBMA Bluegrass Music Awards.

THE biggest night of the year in the bluegrass industry, the 33rd Annual IBMA Bluegrass Music Awards, will take place on September 29th at the Duke Energy Center, with tickets ranging in price from $40 to $110. Honors will go to “Entertainer of the Year 2022” (nominees include Sister Sadie, Molly Tuttle & Golden Highway, The Po’ Ramblin’ Boys, Billy Strings and the Del McCoury Band); Banjo, Mandolin, Bass, Fiddle and Guitar Player of the Year; and Best Female / Male Vocalist of the Year.

Raleigh’s own PineCone (Piedmont Council of Traditional Music) – a non-profit that focuses on preserving, presenting and promoting dancers and musicians who are Piedmont natives – will produce the show.