Holiday Traditions Across the State 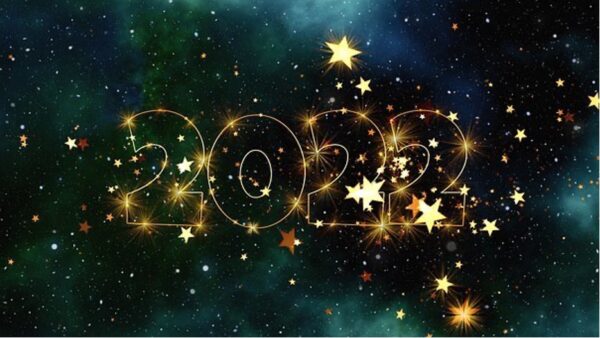 The South is full of traditions and beliefs, many of which revolve around the holidays, and especially food. From superstitions based on centuries-old folklore to special dishes we traditionally do or don’t eat to ensure a fortunate new year, we live in a part of the country where the rituals of moving from one year into the next are an important part of our lives and our heritage.

Traditional holiday meals on Christmas Eve include shrimp and grits – a meal many attribute to a dish developed almost forty years ago at a Chapel Hill restaurant. In 1982, Crook’s Corner’s chef Bill Neal decided to add shrimp and grits – which had been primarily a breakfast food – to the restaurant’s regular dinner offerings, embellishing a very traditional dish with flavors including cheese, mushrooms and bacon. Today this comforting holiday dish ends up on many holiday tables throughout the South.

“Peas for pennies, greens for dollars and cornbread for gold.”

For many of us, nothing quite represents hope for the New Year like the tradition of enjoying black eyed peas and greens on New Year’s Day. One of the South’s most traditional meals, southerners believe that eating black eyed peas (twelve peas exactly, for some) is sure to bring along good luck for the New Year, while eating greens – turnip greens, mustard greens, cabbage or, most traditionally, collards – are the color of money and rather flat in texture, like a dollar bill, ensuring a financially successful year. The process of preparing black-eyed peas – soaking them in water to rehydrate them – represents how we all wish our money to grow over the following year. Peas prepared with tomatoes represent both wealth AND health for the New Year.

The golden color of cornbread, too – another component of the classic holiday meal – carries its own special significance as it represents gold and wealth.

Eating ham, hog jowls and other pork cuts is traditional for some, as pigs tend to move forward as they root for food, signifying progress and prosperity in the New Year. The fattier and richer the meat, the greater the likelihood that you will enjoy a year of abundance, fertility, prosperity and good luck.

Other “lucky foods” to enjoy on New Year’s Day include fish (forward-swimming fish, that is, signifying wealth), pomegranates (ensuring fertility and good health), and grapes, 12 of them, eaten exactly at midnight.

Many believe that eating crab and lobster is frowned upon for New Year’s, as these crustaceans either move backwards or sideways as they eat … meaning good luck might evade the person who eats them. Eating poultry is a bad idea, too, not only because chickens scratch backwards as they eat, but because they have wings… your luck might fly out the window if you eat poultry on New Year’s Day.

Catfish is also traditionally on the forbidden list, as they are bottom-feeders, and by eating a catfish you are almost sure of going through a year of simply surviving – not thriving!

Non-Food Traditions for the New Year

Some non-food superstitions include the belief that cleaning your house on New Year’s Day, for instance, is the equivalent of sweeping up and throwing away all the good luck you may have for the year, or the belief that doing laundry on January 1 is like washing away a beloved family member or friend. Others believe that having a full cupboard on New Year’s Day is a good start to the New Year, ensuring that you will never go hungry over the next 12 months, or that the first visitor to your home after midnight is a symbol of what is in store for the following year.

In Morehead City, a giant glowing crab pot is dropped on New Year’s Eve in the annual Downtown Countdown at 5 pm New Year’s Eve, with traditional fireworks at midnight.

Charlotte’s New Year’s Eve event, happening in the Uptown Charlotte neighborhood, includes entertainment of all sorts as well as food trucks and, of course, fireworks at midnight. The celebration concludes with Charlotte’s famous “Charlotte Crown” display being lit up at midnight.

Oriental, NC’s annual “Running of the Dragon” – a “dragon” emerges from a shed to walk amongst the crowds, while people bang pots and pans, ring whistles, and do whatever else they can to ward off evil spirts for the following year – include the tradition that if you touch the dragon, you will be blessed with very good luck.

Raleigh’s First Night tradition – a $12 pass ensures your entrance into all venues at City Plaza – includes live bands, food, festivities at the Raleigh Union Station and the fabled Acorn Drop.

Coastal residents can enjoy a good time at the Island of Lights New Year’s Eve Celebration at Kure Beach. Following a full schedule of music, dancing, food and a raffle, visitors will be treated to a giant beach ball drop at midnight and magnificent fireworks display.

Rural Hill’s Scottish tradition of First Footin’ at Rural Hill involves a vigorous hike around an historic local farm – based on the an ancient tradition of townspeople walking the boundaries of a town in order to re-establish those lines – followed by the sharing of First Footin’ Stone Soup, where residents share what they have from their own cupboards in order to provide a full meal for all.