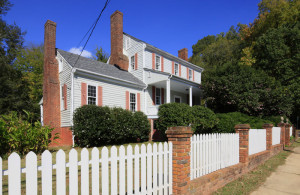 Historic Hillsborough: the Jewel of the Triangle

Ask any of the 5,000 residents of Historic Hillsborough (the town’s name is always preceded by Historic) what they like about living here and they are likely to tell you that it is the last real “place” in the booming Research Triangle area.  And it is.  The “placeness” of Historic Hillsborough owes much to its fine restored homes, delightful examples of Federal, Greek Revival and Victorian styles.

But it was a place in 1000 A.D. when the Occaneechi Indians lived and traded on the banks of the Eno River that winds through it. Known as Corbinton in 1733 when Lawson charted it on the Moseley map, the town became Hillsborough in 1766 in honor of Wills Hill, Earl of Hillsborough, president of the Board of Trade and Plantations and Secretary of State for the Colonies. The British General Cornwallis occupied it in 1781 and probably slept in the local inn.  The Orange County Courthouse, designed and built in 1844 by local contractor and brick mason John Berry, is still in use, and the building’s cupola still houses the Colonial-era town clock. In the early 1960s, the town rallied to save its historic character when Mary Clare Engstrom, a newcomer to town and a scholar of eighteenth-century English literature, led a grassroots movement to preserve Historic Hillsborough after the loss of the iconic Nash-Kollock School (1859-1890).

Newcomers continue to play a leading role in the preservation of place in Historic Hillsborough.  Within the past 20 years many notable writers, poets, artists and scholars have found Hillsborough to be their heart’s delight.  Recently, the National Trust for Historic Preservation named Historic Hillsborough to their list of America’s Dozen Distinctive Destinations, a recognition that takes in the town’s stellar history and its thriving cultural and artistic opportunities and its purveyors of excellent cuisine. 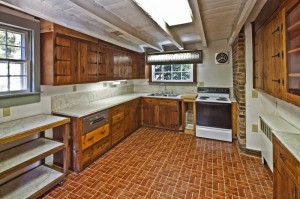 Diane Lea would like to welcome you to one of North Carolina’s most livable communities: Historic Hillsborough.