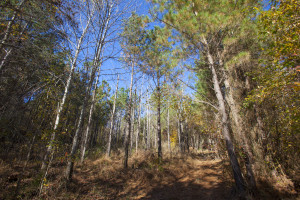 An Easy Commute to Franklin County NC – During your easy 45-minute commute to Raleigh, the transition from suburban to rural is very clear.  There are many working farms still active, and the county produces significant income from tobacco, cotton, and soybeans.  Several farms are horse farms or designated hunting preserves.  The county maintains farm preservation plans, watershed conservation plans, and other outdoors conservation activities.  Average home and land values have increased 13% +/- year-over-year, compared to the North Carolina statewide average of 2.2%.  This could mean several things for land for sale, commercial or residential real estate in Franklin County, including making now a potentially good time to sell for those land owners waiting for the market to favor them.

Buyers can expect that they are investing in an area that could very well appreciate in value over the long term. There are many variables to consider when investing in land and timber, and knowing the real estate values and recent sales data in the areas you are considering for investment is important. There are many beautiful farms and tracts of land for sale in Franklin County NC and around Louisburg, the county’s largest town. Search below to see a few of these properties on the market.

Here is more information on the counties in Franklin County!

For those seeking idyllic small town living close enough to Raleigh, Rocky Mount and Durham to enjoy some of the attractions and employment opportunities in those areas, the quaint town of Bunn is just the place for you. With a population under 500, outstanding colleges and universities within an easy driving distance, a strong sense of town pride and a thriving economy, Bunn is an ideal community for families, singles and retired folks. Annual events such as the Bunn Christmas Parade and tree lighting and the popular Bunn Fun Day, a festival highlighted by local music, entertainment, food, and crafts attract thousands from surrounding Wake and Franklin Counties. Agricultural lands surround the small town, with many local family farms offering opportunities to “pick your own” berries, vegetables, fruit and more on a seasonal basis.

Named after Benjamin Franklin in 1842, Franklinton’s charming Main Street still evokes the feeling of a quaint southern town from the late 1800s, and quiet neighborhoods make this community one of the best and safest places to live in the Piedmont. The town’s location just a few short miles from Wake Forest and Raleigh and the recreational areas at Kerr Lake, Falls Lake and Franklinton Park are some of the enticing features that attract those seeking a peaceful community in which to raise a family or retire, along with a laid-back pace of life that for some is the epitome of small-town living. With just over 2,000 residents, Franklinton’s strong economic outlook is attractive to those seeking future job growth, affordable housing and a reasonable cost of living.

Take a trip back in time in the scenic town of Louisburg, a parcel of land originally acquired from France as part of the Louisiana Purchase at the turn of the 19th century. Great care is taken here to maintain properties with historical significance, and the town’s Historic District includes several well-preserved Colonial Revival, Georgian, Greek Revival and antebellum homes and other structures that include 230-year old Louisburg College. A concentrated effort is being made toward developing downtown Louisburg into a peaceful place for residents and visitors alike to stroll, shop and socialize, which includes several fun local events – including the family-friendly concert series “Friday Nights on the Tar” and “BBQ in the Burg Cookoff” – held each summer at the downtown Louisburg Amphitheatre. The town’s Tar River location and several local parks and trails make this the ideal spot for kayaking, fishing, cycling, and sports.

Less than 10 miles from the state capital, lovely Wake Forest is a town steeped in history, with several distinct neighborhoods including the Wake Forest Historic District, site of the original Wake Forest University campus and surrounding residences. Founded in 1834, the University is one of the state’s oldest colleges and universities, and it was here that the university was based until, in 1946, the R.J. Reynolds estate gifted land to the institution, moving it from Wake Forest to Winston-Salem. This thriving, safe, business- and family-friendly town of 40,000 has experienced phenomenal economic growth over the past few decades, developing from a Raleigh bedroom community into the tech and healthcare hub it is today. Parks and greenways crisscross the area, shops and dining run the gamut from coffee houses to one-of-a-kind boutiques to craft breweries, and schools are among the highest rated in the Raleigh area.

Over the past ten years, the state’s fastest-growing town has been Rolesville, a community that, incredibly, has doubled in size over that time period. Once a simple farming community, Rolesville today has much to offer in the way of shops, restaurants, and things to do, including several local parks and athletic programs offering year-round outdoor activities for the entire family. Job opportunities and attractive housing communities are plentiful in and around this safe, flourishing area that is within just a few minutes’ driving distance of Raleigh and Wake Forest, and Rolesville’s town center is also thriving with an economic development plan that includes a substantial budget devoted to the development of a traditional Main Street.

Named in the late 1800s for its centralized location between Louisburg, Warrenton and Castalia, the tiny, unincorporated town of Centerville, just 12 miles east of Louisburg and 30 minutes outside of Rocky Mount, is the perfect place to enjoy all the region has to offer in the way of outdoor recreation and a relaxed, country way of life. Under 100 individuals call this rural community of less than one-half a square mile home, where agriculture is the basis of the economy.

Conveniently located just 30 minutes from downtown Raleigh and less than five from Wake Forest, the small, vibrant town of Youngsville has long been considered one of North Carolina’s most hidden gems. Schools here are some of the highest-ranked in the county, and the population of this tightly-knit town is also one of the most economically and demographically diverse. The pace of life is slow in Youngsville, yet there is no shortage of things to see and do including a variety of seasonal events at Hill Ridge Farms, outdoor activities at nearby Fall Lakes State Recreation area, and plenty of fun places to eat, drink and listen to live music. The town’s charming mix of historic preserved buildings, thriving small businesses and newer home communities make it one of the most appealing places to live and raise a family in the Triangle area.