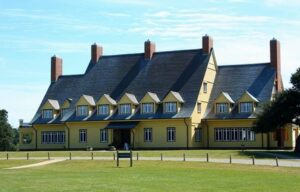 Autumn is not only an ideal time of year to enjoy the magnificent change of seasons in the mountains and elsewhere around the state, but it’s also a great time to explore some of North Carolina’s most historic sites.

Check out these wonderful day trips, none of which is located more than 3 to 4 hours from the Piedmont.

Built in 1922 when Corolla had no paved roads or electricity, the 21,000-square-foot Whalehead Club was the place to go for recreational hunters interested in the plentiful waterfowl – snow geese, ducks and other species – that flocked to the area. Wealthy industrialist Edward Collings Knight, Jr. and his wife, who spent much of their time in the Outer Banks throughout the early 1920s, purchased the rustic hunting lodge then known as the Light House Club to refurbish as their residence, but also to host other wealthy hunters as they visited the Outer Banks. The impressive four-story structure, built in the Art Nouveau style, was one of the first buildings in eastern NC to have an elevator installed, and the very first residence to have electricity on the entire Outer Banks. View Mrs. Knights’s legendary Steinway piano here and many original artifacts and furnishings including Tiffany glass sconces, an Otis elevator and corduroy-covered walls.

On the shores of Pamlico Sound sits historic Bath, where you’ll find one of the state’s oldest surviving homes, the 1751 Palmer-Marsh House, as well as several other well-preserved, historic dwellings. The state’s oldest church is also located here as well as countless landmarks and references devoted to Blackbeard the Pirate, who once resided in the little town. Visit “Teach’s Point” (Blackbeard’s real name was Edward Teach), the Van Der Veer House (note the unique Flemish chimneys and gambrel-design roof), and the quaint St. Thomas Episcopal Church, where services are still held every Sunday as they have been for over 300 years. 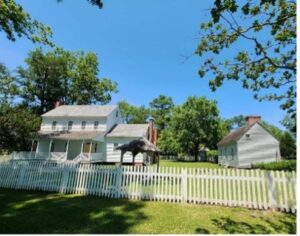 defeat Union General Williams T. Sherman on his march through Georgia, the Carolinas and Virginia. The largest ever battle fought in the state, the Battle of Bentonville was followed just a few short weeks later by Robert E. Lee’s surrender in Virginia and, shortly thereafter, the end of the Civil War.

Although today the field itself is privately owned, markers have been placed along a tour trail highlighting the major events of the battle. The Bentonville Battlefield State Historic Site Museum & Visitor Center displays artifacts that have been recovered from the area and hosts a handful of yearly events including a holiday open house and candlelight tours. The home of John and Amy Harper, who established a field hospital at Bentonville to care for both Union and Confederate soldiers, is still standing, with the downstairs furnished to resemble the 1850’s hospital facility that the couple operated here.

Established in 1753 when a group of Moravians from Eastern Europe emigrated to the region, the town of Salem became renowned for its arts and culture and the craftsmanship of its new citizens. When Salem merged with Winston, NC in the early 1900s, over 40% of the area’s residents worked either in the tobacco industry, for R.J. Reynolds, or for the Hanes textile factory, and the new city quickly became one of the state’s most important commercial centers.

In 1966 the town of Old Salem was designated a National Historic Landmark District that includes Old Salem’s Single Brothers’ House and Salem Tavern landmark buildings. Today the Old Salem Museums & Gardens area, including the historic Winkler Bakery, Miksch House & Garden, Salem Stiches, Boys’ School and more, is dedicated to preserving the look and feel of this historic community for generations to come. 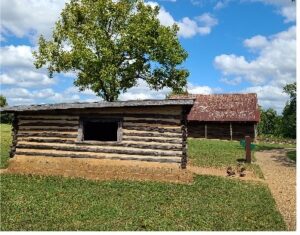 Wake Forest’s newest park – and one of the county’s largest – the E. Carroll Joyner Park was the site of a successful cattle farm until the 1990s. Today the park is home to a collection of restored farm buildings from around the Piedmont region including a tobacco barn, mule barn, pine log chicken coop, and early log house. The vast park is open from sun-up to sun-down and also features a 1,000-lawn-seat amphitheater, 3 miles of walking trails, a pecan grove and performance area, and various recreational areas.