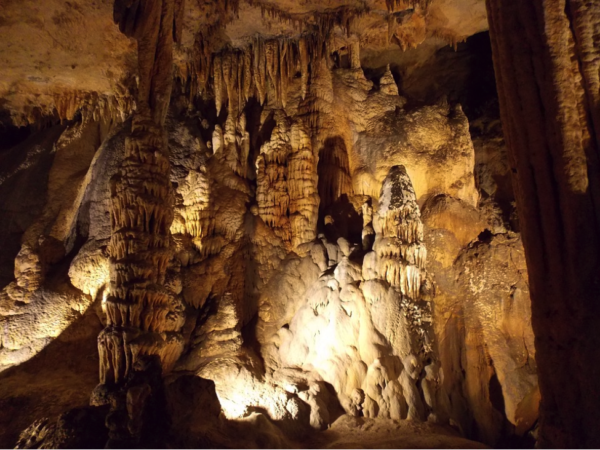 The incomparable natural wonders of North Carolina include an astounding number of caves, grottos and caverns – over 900 of them! – dotted throughout the mountainous western part of our state. Although most are remote and often off-limits to visitors, several are suitable for exploration, including the largest of these: Linville Caverns.

The Art of Spelunking

Spelunking is the general term used in the U.S. and Canada for the sport of exploring caves. With levels of activity ranging from light (simply viewing a cave or cavern by foot) to strenuous (which may involve the use of ropes, lighting, special footwear, helmets and harnesses), the pastime is becoming increasingly popular as more and more people are seeking out new types of outdoor thrill and adventure. Although the experience of exploring such a diverse ecosystem may be difficult for some individuals with fears of enclosed spaces or darkness, for others spelunking is a challenging, educational and fun activity unlike any other.

Caving involves walking, climbing and sometimes crawling through a cavern or grotto along trails that can extend for a matter of feet or a matter of miles. Formed over the millennia by the flow of water as it runs, generally speaking, toward the sea, the walls of these caverns are often made of materials such as limestone and gypsum – substances that dissolve or erode over time in the presence of water. Incredibly, a space no wider than two or three feet may take over 100,000 years to develop. 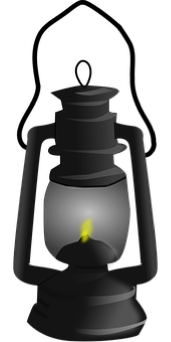 Whenever there is activity involving exploration of the unknown, there is the risk that some people may venture outside the bounds of what is safe, or not utilize the proper equipment, or fail to pay attention to safety signage or tour guides. Small injuries – twisted ankles, scratches, bruises or scrapes – are not unheard of in the world of spelunking, as is the chance of getting disoriented or lost for those who push forward, unprepared, into a place in which directions are not always clear and a lack of light sometimes plays games with shapes and shadows.

The most important piece of equipment in caving, without a doubt, is a good source of lighting. As a rule of thumb, most spelunkers bring a minimum of three times the amount of lighting that they THINK they will need on a cave trek, in the form of headlamps, lanterns, flashlights and glow sticks. Night vision goggles, binoculars and monoculars are other items that are very commonly used, as are two-way radios, ropes, climbing harnesses, helmets and sturdy, waterproof boots.

In many caves, physical structures called speleothems – stalagmites and stalactites hanging down from above or extending upward from the ground in all sorts of other-worldly shapes and colors – grow together into vast, eerie columns stretched out between the floor and ceiling. Other interesting structures a spelunker might encounter include vertical flowstones with such odd terms as shawls, curtains, and “cave bacon” (sheets of stone formed of mineral deposits as they flow down the walls of a cave, often in varying shapes and colors); pore deposits such as cave corals (chalky and white with a surface that resembles popcorn); and pool deposits like lily pads or cave pearls, which are formed when glossy calcium salts build up around a nucleus. The variety and composition of speleothems within a cave system vary greatly.

It wasn’t until the early 1800s that a fishing expedition on Humpback Mountain, in North Carolina’s High Country region, discovered a small opening that opened up into a large recess we now know as Linville Caverns. One of the fishermen, likening the enormous space to an underground cathedral, described it as having a delicate lightness 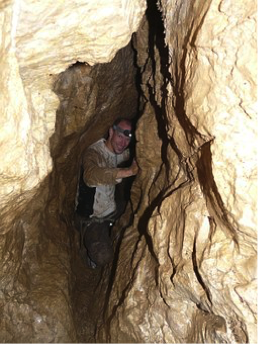 that was both miraculous and beautiful. Today, guided tours along lighted pathway systems provide a safe and educational experience for visitors seeking to learn more about the history of the region and appreciate some of Mother Nature’s most pristine works of art, including the “Bottomless Pool” and streams populated by the same species of native trout that original explorers discovered over 150 years ago.

Exploring the Caves and Caverns of North Carolina