Whether celebrating the end of a productive day, a long overdue get-together, or the simple beauty of a North Carolina sunset, there’s nothing better than sitting outside on a warm spring evening enjoying the company of good friends and family, a frosty cold beer in hand. With over 300 breweries and beer pubs and literally thousands of local ales, lagers and IPAs to choose from in our fair, beer-loving state, the heady world of craft beers and libations is thriving in North Carolina.

According to Forbes, North Carolina has more craft breweries than any other state in the South. We are also one of the most rapidly growing craft beer producers nationwide – no. 4 on a list of states with the greatest growth in craft breweries over the past four years, with an astounding 3.4 breweries per 100,000 residents over the age of 21. Beer-related events, venues (breweries, tasting rooms and beer pubs) and organizations showcase an industry that supports North Carolina growers (local ingredients ranging from barley, wheat and hops to sweet potatoes, berries and even sorghum) and is dedicated to the promotion of NC beer production and the growth of the craft beer industry both locally and nationwide.

The A to Z’s of Beer Tasting

Few people realize that just as there’s a tried-and-true, “official” method for wine tasting – swirl, sniff, slurp, swish, swallow… – there’s a right way and wrong way to judge a beer, beyond the basic, “yeah, I like that one!” or “nope, that one’s a little too bitter/sweet/ strong/weak for my tastes.” Given the number of high-quality, often nationally-recognized brews that are produced in NC, it may be worth taking an extra minute or two with a new beer to find out which tastes and qualities you prefer. Vinepair.com suggests the following seven steps for making this evaluation.

A number of breweries and pubs have emerged over the past few years, including some that are very well-known – Sierra Nevada Brewing Co., New Belgium Brewing Co., and Bull Durham Beer Co., to name a few – as well as several up-and-comers that produce and/or serve a wide range of masterfully-crafted brews. 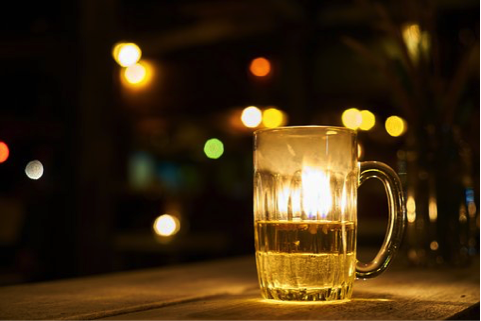 There may be festivals aplenty celebrating North Carolina’s flourishing beer culture throughout our lager-loving state, but an entire month of the calendar year – April! – has now been devoted to NC’s craft beer industry and all the unique regional beers that call North Carolina home. Next month a roster of special events sponsored by Visit North Carolina and the North Carolina Craft Brewers Guild from Blowing Rock to the Outer Banks will include brewery hops, brew fests and, of course, fun and informative beer tastings.

Check out a few of the various beer-related celebrations and festivals taking place throughout North Carolina over the next few months, as featured on VisitNC.com:

For additional beer-tasting tips, go to –

And to find out more about North Carolina’s thriving craft beer industry, visit – https://www.visitnc.com/story/4QhU/north-carolina-breweries-elevating-the-beer-scene or