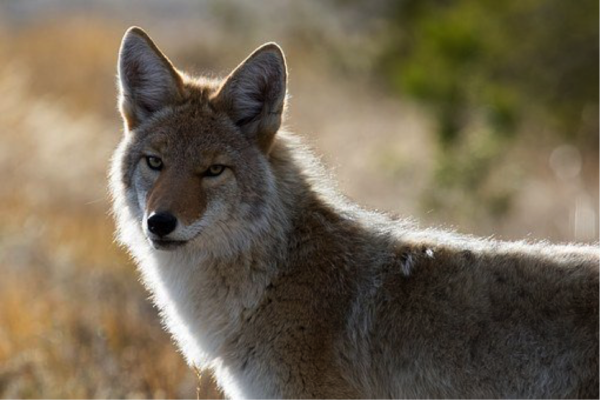 Not many animals have reputations as menacing as that of the coyote. For the most part, our interactions with this cunning, resourceful animal have to do with its predatory nature in vicinities where we keep pets or livestock, or in the wild. But as they say, each and every creature has its place in our world. What is the coyote’s place? How does this animal with such a bad guy image fit into our whole “circle of life,” divine understanding of nature?

The Relationship Between Coyotes, Wolves and Dogs

The coyote is a canine, very closely related to both the wolf and dog. Dogs and wolves share the same DNA, but a coyote, interestingly, has an entirely different set of DNA. The coyote can inter-breed with either a wolf or dog to produce a rare “coywolf” (the red wolf is actually a coyote-wolf hybrid) or “coydog,” but this is extremely rare, as each has its own habitat and habits. The coyote is smaller than its cousin the wolf, with a territory ranging throughout North America.

The body of a coyote differs from that of a wolf or a dog in that its fur is generally longer and coarser, with coloring that ranges from darker fur on top to lighter on the belly, reddish legs and a bushy, black-tipped tail. Coyotes are nocturnal animals with an extremely good sense of smell to locate prey – hare, deer, snakes, birds, squirrels and small rodents – and sniff out wild berries, fruit and insects when prey is not available. Natural predators of the coyote are bears, cougars, mountain lions and wolves.

The coyote’s reputation has grown as a hunter of both domestic and game animals: an intelligent and dangerous killing machine. Many states, until the mid-20th century, paid bounties to have these aggressive creatures culled from certain regions. Generally speaking, coyotes fear and avoid humans if at all possible, but in some urban areas they’ve become accustomed to a human presence and therefore more daring in their nocturnal activities and attacks on small domestic animals as well as, occasionally, humans. Coyotes travel alone or in pairs or small packs and are especially effective at hunting when they travel in groups.

Coyotes in the Carolinas

Although most people never spot or otherwise note the presence of coyotes in their areas, coyotes are found in all 100 counties of North Carolina; their population, in fact, is thriving. Because their natural predators – wolves and cougars, primarily – have each been heavily hunted in the past, and since the coyote adapts so easily to different types of environment, including urban, they thrive and reproduce almost anywhere. Urban areas are seeing the heaviest growth in numbers of coyotes. Often they gravitate toward areas where garbage is left outside – which also means that interactions with humans are likely to grow as well, although coyotes seem to continue to maintain a healthy fear of humans. 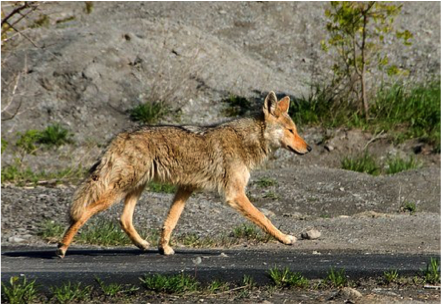 Coyotes’ Place in the Web of Life

Coyotes are sometimes classified as a “keystone species,” or an animal whose presence has a significant effect on the biology of a community. As an example, coyotes often prey upon small animals such as foxes, opossums, and raccoons – themselves predators of birds and their eggs. More coyotes, in this case, might mean fewer small animals and an increase in the bird population of a region. In one interesting study, it was found that the number of sage grouse in a certain area was greatly tied to the coyote population; more coyotes meant fewer jackrabbits and fewer jackrabbit-hunting eagles… eagles being a major threat to a sage grouse’s eggs and her young. The presence of coyotes also limited the number of other small animals in the area, which in turn allowed for more plant growth, which makes up the bulk of the sage grouse’s diet.

As in any natural community, the coyote’s hunting and eating habits maintain a certain balance in the food chain around them. Although many humans refer to coyotes as “nuisance animals” because of their hunting habits for domesticated or herd animals, the fact that coyotes are sometimes hunted themselves by humans carries the very real threat of throwing the delicate balance of life in a certain region off.

Anyone who has heard the howl of a coyote in the evening or middle of the night might admit to the slightest feeling of apprehension, because the sound is so very haunting and distinctive. A howl, whether from a lone animal or a pack of animals, can mean one of several things. A single coyote howling is probably letting its pack know where he is, and that howl is able to be heard up to three miles away. A group of coyotes calling out most likely are in a gathering together after having been separated, or they are communicating with another pack in the area and are marking their territory with their calls. Rapid “barks” can mean the coyote has been startled or is feeling threatened, and a high-pitched yelp often comes from a group of coyotes that are hunting together.

It’s important to keep in mind that, just as is the case for any wild animal, it is possible to run into trouble with a coyote. When they are afraid or when their food source is threatened, they will become more defensive. Hunters sometimes run into more aggressive coyotes, because they are competing with the hunter for whatever game is in the area. Generally speaking, coyote attacks on humans are extremely rare.

How to Keep Coyotes at Bay

If you live in an area where coyotes have been spotted, take care to keep small pets indoors at night, larger animals in a barn or secure kennel, and any pet food or garbage out of sight and stored. Make sure any fruit that has fallen is regularly picked up, and consider fencing your property, especially in areas where coyotes are more prevalent.