Carbon Farming: Why Do We Need It, and How Does It Work? 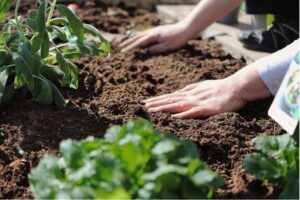 Over the past 250 years or so, populations have exploded, and the world has developed into societies based on manufacturing rather than agriculture. As factories, buildings, roads and railroads have replaced so many of our natural spaces, and cars, trains and mechanized farming equipment have taken the place of other, non-mechanized modes of transport and equipment, the atmosphere around us has been greatly affected. Despite substantial improvements in our standard of living over the years due to industrialization, habitats in many areas have suffered and air, water and soil pollution have developed into some very complex issues that today are often centered around an over-abundance of greenhouse gases and a planet that is warmer than it should be.

Industrialization & the Growth of Steam Power

From the mid-1700s onward, people searching for better lives were moving from rural areas towards city centers, capitalism was growing, and the use of alternative forms of power – primarily, steam power – was fueling the rapid expansion of a wide range of industries including textiles and iron production. Factories that once used water, human and/or animal power were turning to new technologies that allowed them to burn coal to create steam. The use of the steam engine allowed factories to expand, and to ship their product by train or by steamship over greater distances, more quickly than before.

The layer of greenhouse gases surrounding our planet is a good thing in that it traps the sun’s heat and prevents temperatures from falling to levels that would be unable to sustain life, but as early as one hundred years ago, fears about what the burning of coal and other fossil fuels was doing to the greenhouse gases in our atmosphere were starting to surface. Even early scientists were aware that when coal – and later, petroleum – was burned and mixed with oxygen, the result was an increase in the insulating layer of greenhouse gases – carbon dioxide (CO2), methane, nitrous oxide and ozone – which began increasing global temperatures. As the planet has warmed, ocean levels have risen as polar ice caps have melted; there have been greater fluctuations in temperatures, heavier rain and snowfall and more intense storms; forest fires have been more widespread and severe; and changes in many natural habitats have in turn affected various animal and plant species’ growth and survival.

Natural influencers of climate change include predictable changes in the earth’s geology from natural cooling or heating cycles of the ocean, often due to fluctuations in the earth’s orbit around the sun, and to solar and volcanic activity, and to the regular movements of the glaciers at our North and South Poles. Anthropogenic, or human-produced, greenhouse gases, however, are primarily a product of CO2 from the burning of fossil fuels, which accounts for around 75% of the total amount of anthropogenic gases that are produced. Other anthropogenic changes are due to worldwide deforestation, the use of aerosols, and the increase in methane and nitrous oxide being released into the atmosphere, primarily from agriculture.

A much as 15% of the CO2 in our atmosphere is a product of farming techniques that include the use of diesel- or gas-using machinery to till the soil – a process that allows for water runoff, degrades the soil and releases naturally stored CO2 into the air – and the use of organic (manure) and inorganic (nitrous-based) fertilizers. Methane, the gas produced from the digestion and waste of cattle and other grazing mammals such as sheep and goats and a by-product of the burning of agricultural waste, is another contributor, as is nitrous oxide, which also increases as fertilizer is used.

What is Carbon Farming?

The idea of carbon farming is straightforward. Photosynthesis is a natural process that occurs when a plant combines CO2 from the air with water, sunshine and the mineral-rich soil around it to produce the carbohydrates it needs to grow. Carbon farming is a type of agriculture that focuses on removing CO2 from the atmosphere, returning it back into the earth through the use of various farming techniques, and improving the overall process of photosynthesis and plant growth.