Wood Pellets as Bioenergy: Creative use of Timber Property 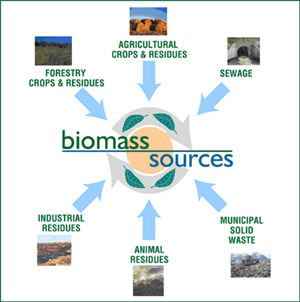 Biomass is any renewable plant or plant-derived material including wood and wood refuse, animal manure, starch, sugar, oil crops already used for food and energy.  Biomass has great potential to provide renewable energy for America’s future and for the world. Biomass recently surpassed hydropower as the largest domestic source of renewable energy and currently provides over 3 percent of the total energy consumption in the United States. In addition to the many benefits common to renewable energy, biomass is particularly attractive because it is the only current renewable source of liquid transportation fuel. This, of course, makes it invaluable in reducing oil imports — one of our most pressing energy needs. Further, Biomass is an attractive petroleum alternative because it is more evenly distributed over the Earth’s surface than finite energy sources like oil, and may be extracted by using more environmentally-friendly technologies.

Today, biomass resources are used to generate electricity and power, and to produce liquid transportation fuels, such as ethanol and biodiesel. Ethanol is the most widely used liquid transportation fuel, or biofuel. Currently, a majority of ethanol is made from corn, but new technologies are being developed to make ethanol from a wide range of agricultural and forestry resources.

What Role Do Forests Play in Biomass?

In the United States, approximately one-third of its total land mass is forestland, or about 750 million acres of land. Of this, about two-thirds  is actually classified by the Forest Service as “timberland,” or land capable of producing 20 cubic feet of wood per acre every single year (Smith et al., 2004).  About 58% of this timberland is owned by individuals, 13% by the forest industry, and the government owns about 29%.  The Southeast is the largest concentration of private timberland owners in the US (private timberland ownership being 85% in North Carolina), while the West represents the majority of government owned timber land.  (USDOE’s “Billion Ton Vision Report,” 2005).

Wood energy is derived by using lignocellulosic biomass as fuel. This is either using harvested wood directly as a fuel, or collecting fuels from wood processing waste. The largest source of energy from wood is pulping liquor or “black liquor,” a waste product from processes of the pulp, paper and paperboard industry.  Most pulp mills use recovery boilers to recover and burn much of the black liquor they produce, generating steam-powered electricity for themselves and recovering the paper-making process chemicals at the same time.  This has helped paper mills reduce water emissions, use of chemicals by recovery and reuse, and become nearly energy self-sufficient by producing almost two thirds of their own electricity needs on-site, or about 28.5 million megawatt hours each year. U.S. wood pellet exports double in 2013 in response to growing European demand

What is the Government Doing?

US Dept of Energy’s Bioenergy Technologies Office is studying and providing funding for research for turning the nation’s renewable and abundant biomass resources into cost-competitive, high-performance biofuels, bioproducts, and biopower.   As researchers develop new, cost-effective methods for converting biomass material to liquid transportation fuels, a significant amount will be made from more abundant cellulosic biomass sources, including crop and forestry residues, energy crops such as switchgrass and sorghum, and sorted municipal wastes.

On January 28, 2013 the Energy Department announced about $6 million available for projects that will develop and demonstrate supply chain technologies to cost-effectively deliver commercial-scale lignocellulosic biomass feedstocks to biorefineries across the country. These funds are targeted at addressing the key challenges in large-scale biomass feedstock logistics, such as total logistics-associated cost, format and quality variability, storage stability, bulk and energy density, handling characteristics, and variable conversion performance.    Any gains in this area will result in further commercialization of biomass fuels, reducing dependence on foreign oil and increasing sustainability.  This announcement was one of several funding announcements related to Biomass.  Visit www1.eere.energy.gov/biomass/  and click on Financial Opportunities to learn more.