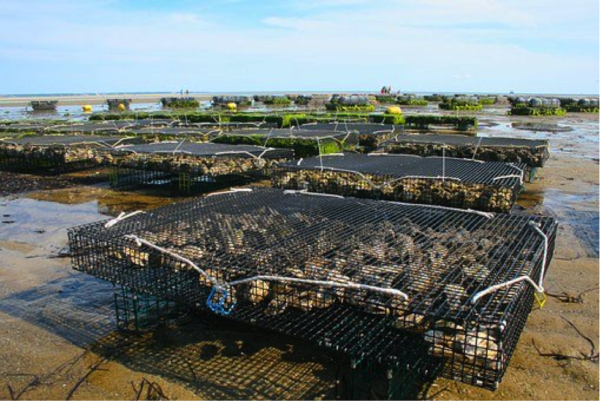 As one of the most agriculturally productive of the southern states, it isn’t surprising that North Carolina is also renowned for its innovative farming methods and diversity when it comes to crops and animal production. And with a temperate climate, abundance of rural land and plenty of water resources, the state is ideal for a unique and thriving farming method called aquafarming. Farmland for sale in the Piedmont – from the mountains to the Atlantic coast, in fact – sometimes includes a lake, pond or other area that is utilized for aquafarming purposes.

Aquafarming – What Is it?

Aquafarming (or aquaculture) involves the cultivation and harvesting of water-reliant products – both plants and animals – in a controlled fresh or saltwater environment. Most are raised for food, but the purpose of some aquafarming is to replenish fish in wild areas, restore freshwater or marine habitats, raise fish as baitfish, or grow exotic or ornamental fish and/or plants for aquariums, zoos, and other commercial purposes. Few people are aware that aquafarming is responsible for almost half of all the fish and seafood that is consumed worldwide.

Due to Americans’ increased taste for fish and shellfish and a growing interest in commercial fishing opportunities, aquafarming – though still a fairly small segment of our state’s farm production overall – is growing rapidly. Globally, demand has also increased for specific types of fish – sturgeon and tilapia, for example – as well as fishmeal, fish oils, and crustaceans.

North Carolina farmers are becoming more and more interested in aquaculture as a means, most often, to supplement more traditional agricultural or livestock farming income, and many prefer it for a variety of reasons. First of all, traditional farming methods often involve fertilization; and over-fertilization sometimes leads to unhealthy levels of nitrogen and phosphorous, the depletion of soil nutrients and contamination of drinking water. Also, methane emissions from cattle production are a small element of greenhouse gas emissions overall, but raising livestock is often seen as less environmentally-friendly than aquaculture or other types of agriculture. Finally, plants and animals raised through aquaculture often – appealingly – require much less in the way of nourishment and pure labor.

Our state’s coastline is long and its rich Atlantic waters and coastal estuaries are prime for raising a wide range of fish and shellfish, including clams, oysters and soft shell crabs. Most shellfish growers are located between the southern end of the Outer Banks and Wilmington.

Freshwater farming of plants and animals occurs in the lakes, ponds, rivers and inland waterways of the state and requires the same basic needs as saltwater farming: the proper growing temperature, an adequate oxygen supply, and a method of waste removal.